New To Call of Duty/Modes/Domination 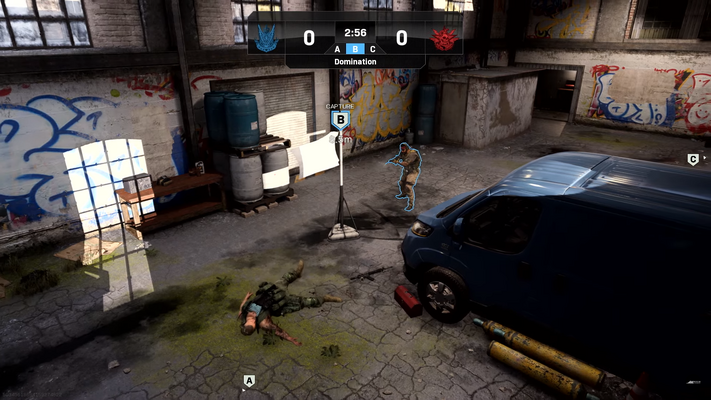 A Domination flag. Teams earn points by capturing and controlling these objectives.

In Domination, teams fight to control three static neutral flag objectives on the map. The more players on a flag, the faster a team can capture a flag. If a flag controlled by one team is half captured by the other team, it is put into a neutral state where neither team receives points from the flag until it is captured again. A team earns a point for every five seconds for each flag that control. After five minutes, the flags reset and the teams switch sides for the second half.

The "B" flag is usually the middle flag, and is the most important flag as holding the B flag usually means you are in control of two flags on the map.

In addition to objective positioning, players are also tuned to the positioning of both teammates and enemies. Players are in constant communication during the match, calling out the positions and pathways that they are covering. The same goes for enemy awareness, with teammates sharing their view on the enemy so that no one breaks through unscathed. Players still need to win their gunfights, but great positioning and support can allow a team to maintain a constant presence in an objective.

Comebacks are a thrilling part of all competition, but Domination provides little ways to perform. A team can mathematically win the game before the second five minute half is over which can lead to some limbo time in which that action does not alter the outcome of the map. Holding three flags at the same time is very difficult which makes large comebacks unlikely.