New To Call of Duty/Modes/Uplink 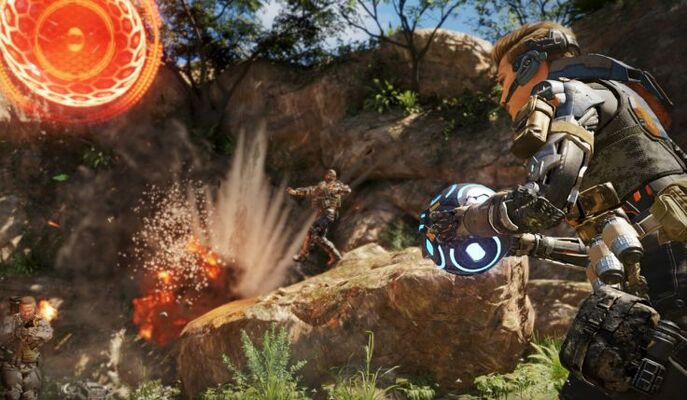 An Uplink objective. Throwing or carrying the drone into the objective rewards the scoring team with points. Source

Uplink pits teams in a competition for a satellite drone, which is used to score points in the opposing team’s Uplink station. Moving this objective safely into enemy territory requires solid teamwork and map control. Learn more about Uplink:[1]

The objective in Uplink is to put the satellite drone into a floating enemy Uplink station. Throw-ins count for one point, while carries score for two points. After two rounds alternating between map sides, the team with the most points wins the match. Uplink’s scoring system makes it unlike any other game mode, allowing teams to play differently depending on the game situation. While the immediate enemy threat will always directly impact a player’s moves, game score and time remaining are both major factors in how aggressively the Uplink drone is played. For example, a team with the lead might be content to get a sure fire one-point throw, whereas a team desperate for a comeback might be more inclined to risk a two-point carry.

When a player takes possession of the drone they gain additional protective armor, but also lose the use of their equipped weapon. This leaves the drone carrier in a temporary helpless state, requiring the support of teammates in order to clear immediate threats. Because of this, drone carriers will often toss away the drone to adequately engage an enemy, picking up and holding the drone only when moving towards a scoring attempt.

Drone carriers can also choose to toss the drone to an inaccessible position. Known as “resetting” the drone back to the middle of the map, this strategy is great for both clearing a drone away from a player’s own Uplink or to simply kill time when holding the lead. The satellite drone can also be passed to a nearby teammate. Traveling in a direct path, passing is a quick way to set up a teammate in position to make a scoring play.